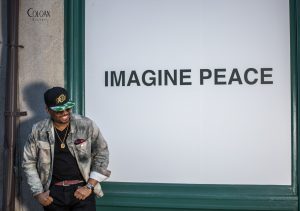 COLOAN RECORDS creates theme mixes that combine original and remixed tracks to deliver eclectic and complex music programming. With an unparalleled expertise in sensory branding and cultural programming, we deliver unique viewing and listening experiences that captivate and move audiences across the globe.

Sonically speaking, we move the crowd and their heart.

Founded in 2008, Coloan Brands was created in memory of Williams’ late father and music producer, Willie C. Since its inception the brand has evolved into a one-stop shop for music programming, merchandise, and a creative agency.

The brand has also been featured on 100.3 WRNB-Philadelphia, TV One, Oxygen, Okayplayer.com and MTVNews.com, i-D and NV magazines.

The journey to success has many roadways. Let us create the soundtrack for your life. #Coloan

Sign up with your email address to receive news and updates on Coloan Records.